As you know, I try to always pride myself on sharing the real truths of my experiences in my journey through this crazy thing called life. Far too often, only the glamorous and picture-perfect versions are shared – creating a culture of jealousy and unrealistic expectations.

Heck, if you were to look at my Instagram feed right now – you’d see a whole of happy, baby bump selfies. Baby shower, new baby gear, smiling faces of fun times with Mike and/or my friends.

What I hadn’t shared was the two years of struggles that we went through to get to this point. I couldn’t find it in me to share that part because I was so angry with myself for, in my own (and very wrong!) opinion failing as a wife, and as a woman. My body wasn’t co-operating as I thought it should have and I was ashamed.

Yup – you read that correctly. We were trying to conceive for almost two years exactly. That was two years of ovulation tests. Two years of schedules. Two years of invasive (and sometimes downright painful) testing. Two years of bicycle kicks (look it up if you don’t know what I’m referencing). Two years of tears after each negative result came back, month after month.

I put a lot of pressure on myself, and Mike if we’re being brutally honest.

I would see friends and acquaintances announcing their pregnancies online. I felt guilty because my initial gut reaction wasn’t one of joy for them – it was of jealousy. Not knowing their own stories and struggles, I immediately just thought to myself, “Why them and not me?“

Mother’s Day 2019 was a tough one. The years of struggles were really taking their toll on me, and it was time to start thinking about next steps. Would we try IVF? Would adoption be a choice? Mike looked at me that Mother’s Day and made me a promise. He said, “I promise you that by Mother’s Day next year – you will either be a mother or will be carrying our child.” Of course, I cried.

Little did we know, I was actually going to become pregnant that very day!

Fast forward to about a month later, the day before Father’s Day 2018 and *something* just felt a little DiFfErEnT. I mentioned it to Mike, and he brushed it off. I was adamant though, and said just for shits and giggles – I’m going to do a pregnancy test. We had stopped stressing about the scheduling and peeing on a stick every month at this point. We both needed a bit of a break.

So, I get one of the lovely sticks out from the stock under the sink in the washroom, and get to it. Before I could even finish my business – the test turned positive. I was in shock. Literally thinking to myself, no way – it can’t be. Can it?! Then I ran to our bedroom and jumped on the bed, thrusting my pee covered stick in Mike’s half-asleep face.

We did another 5 or 6 tests over the next two days, each popping up positive immediately. The final test I did was one that would tell you how far along you were, and it came back at the highest option – 3+ weeks.

I couldn’t not tell my mother and sister and best friend immediately, and informed them of the news after the initial test. And after the final test, it finally sunk in for Mike that the thing we had wanted for so long was finally happening. We got cute tees made and surprised his parents with the news on Father’s Day (the day after the initial test was taken).

That weekend was one filled with excitement and bliss. We were on cloud nine and didn’t think it was possible to be any happier than we were in that moment.

But then, the very next day on Monday morning – that feeling of excitement and bliss was replaced with fear and disappointment.

While walking Dusty, seemingly still on cloud nine, I felt something. I looked down and there was blood. Terrified, I ran back into the house and we rushed to the emergency room. After hours of waiting, and then more waiting after doing test after test – we finally saw our lil pepperoni for the first time and we found out that we were about 5 weeks along. We were assured that everything was fine and that a little bleeding was normal in early pregnancy. Which is confusing AF to me.

I was ordered on bed rest for a few days and we were sent on our way.

This is when my anxiety kicked in and of course, I kept thinking of the worst case scenario. A feeling that has since stayed with me throughout this pregnancy is one of, I’ve finally got everything I’ve ever wanted…I’m ridiculously happy and even more so lucky…so of course, it’s inevitable that it’ll all be taken away from me.

Let me tell you, this is an exhausting feeling to carry around day in and day out. It’s one I’m working on in therapy, but yeah – definitely exhausting.

After about a week of bed rest, I got up and started attempting to live my life again. I went to work, hand always resting on my bloated belly. I would talk to our lil pepperoni (a habit I still have to this day), gently reminding him of how much we loved him and how hard we had worked to bring him to our lives. That night I made dinner and after doing the dishes, laid down on the couch because I was exhausted. Then again, I felt something.

My mind raced, and I panicked. “No, it can’t be happening again!,” I thought to myself. But a quick trip to the washroom and the sight of more blood proved that it was.

…back to the ER we went.

This time, we saw a different doctor who took her time with us. She ran even more trays and we did even more ultrasounds. Finally – we had an explanation as to what was happening. subchorionic hemorrhage, which apparently is quite common in pregnancies.

According to Google, “subchorionic bleeding is when blood collects between the uterus and the gestational membranes during pregnancy.”

This was a scary time during our pregnancy. I was terrified that this very thing we tried for for so long, this very thing we wanted so badly – that it would be taken away from us. Miscarriages are more common than you’d think – about 10 to 20 percent of known pregnancies end in miscarriage. I tried reassuring myself that even if the outcome became worst case scenario, the silver lining is that we got pregnant in the first place.

Next thing we knew, we were sailing through the second trimester. It was blissful! We found out the sex. I had energy back. I could eat. I felt more like “me” than I had in months. It was glorious. Then, like a slap to the face – the third trimester came in like a wrecking ball.

I immediately ached. I felt like I became immensely bigger overnight. I was out of breath just sitting at my desk. Phew. It was a lot.

That energy I had in the second trimester? Gone. It was replaced with lazy days taking 4-5 naps on the couch before finally heading to bed. The pains in my hips wake me up throughout the night, having me attempt to flip from side to side…which is not an easy feat whilst 8 months pregnant, let me tell you.

The anxieties and worries have also ramped up. Are we ready for this life changing thing to happen? How traumatizing will my delivery be? How many times do babies really poop a day? The worries are endless, but what’s even more all-consuming is the excitement.

Mike and I say to each other, at least once a day, “I can’t wait to meet our lil pepperoni!” We’re so curious about if they’ll come out with hair! It’s literally a thought that goes through my mind daily. We cannot wait to become parents and know that all the struggles and hardships it took to get us here, Will just be more fuel to our fire to be the best parents we can possibly be.

No two journeys to pregnancy (and pregnancy journeys) are the same. Often, people are struggling in silence – hearts breaking with every glowing baby bump (#guilty of these) picture they see on their feed.

My best advice? It’s easier said than done, but don’t be too hard on yourself. That causes added stress to your body, and your life. Talk to your doctor, be open about your concerns and set realistic expectations for you and your partner.

…and ladies – do your bicycle kicks. 😉 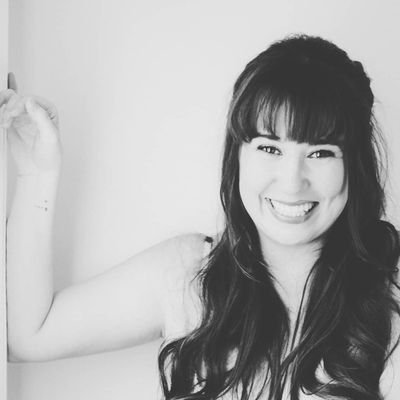